A skyscraper is defined as a "relatively tall building of many stories, especially one for office or commercial use." In other words, skyscrapers are tall multistory buildings that are at least 150 meters / 492 feet tall (but some people set the lower limit to 100 meters / 328 feet) and must be continuously inhabited. Another key characteristic of a skyscraper is that it's built using a steel frame. These qualities exclude many older structures from being considered skyscrapers like the massive Egyptian pyramids and the towering European cathedrals, which were not completely inhabitable and were not built using steel.

But what defines a skyscraper can change over time. The first building to be considered a skysraper is the Home Insurance Building built in Chicago in 1885. But it had only 10 floors and reached a height of 42 meters (138 feet), which would fall way short of the 150 meters that many people consider the minimum height for today's skyscrapers. And the Home Insurance Building wasn't anywhere close to being the tallest structure after its completion. It was dwarfed by pyramids like the Pyramid of Giza (146 meters / 479 feet) and cathedrals like the Lincoln Cathedral (160 meters / 520 feet). Nonetheless the Home Insurance Building set in motion a new kind of building. Its steel frame construction, which was incredibly strong but light-weight, made it both possible and practical to construct habitable buildings of heights unimaginable to the ancients. 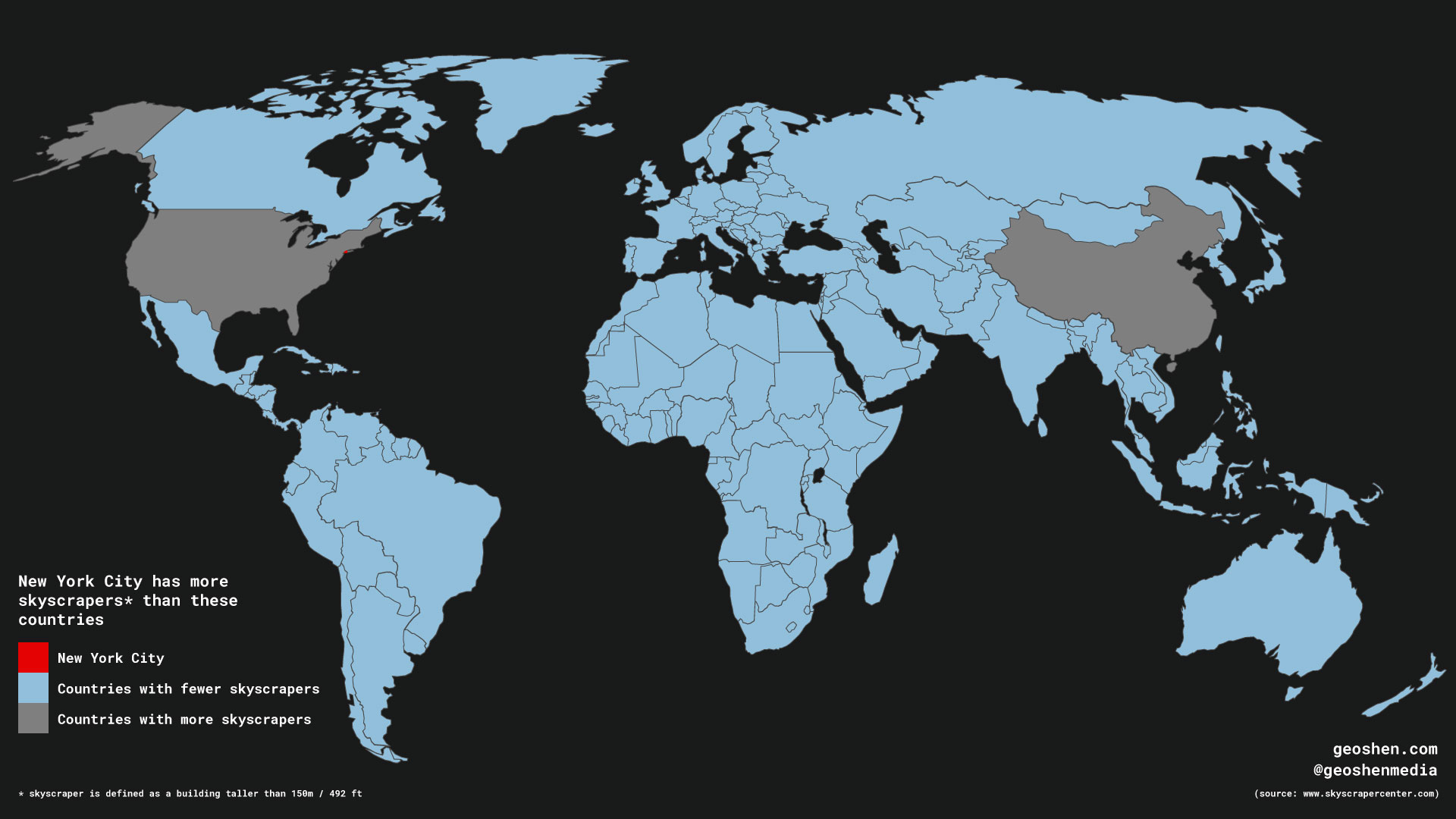 Source(s): The Skyscraper Center
Enjoy our content? Consider adding us to your adblocker's whitelist or sponsor us at Patreon.