The US is king when it comes to stadiums. Sure, the US may not have the largest stadium in existance, but when you look at the list of biggest stadiums in the world, the US stuffs the sheet like no other. As of 2018, 8 of the 10 biggest stadiums in the world are located in the US. The American stadiums on the list include the aptly named "The Big House" (Michigan Stadium) in Michigan and Tiger Stadium (aka "Death Valley") in Louisiana. To honor America's achievement in building so many colossal stadiums, from coast to coast and in far flung states, here are the biggest spports venues in each US state. 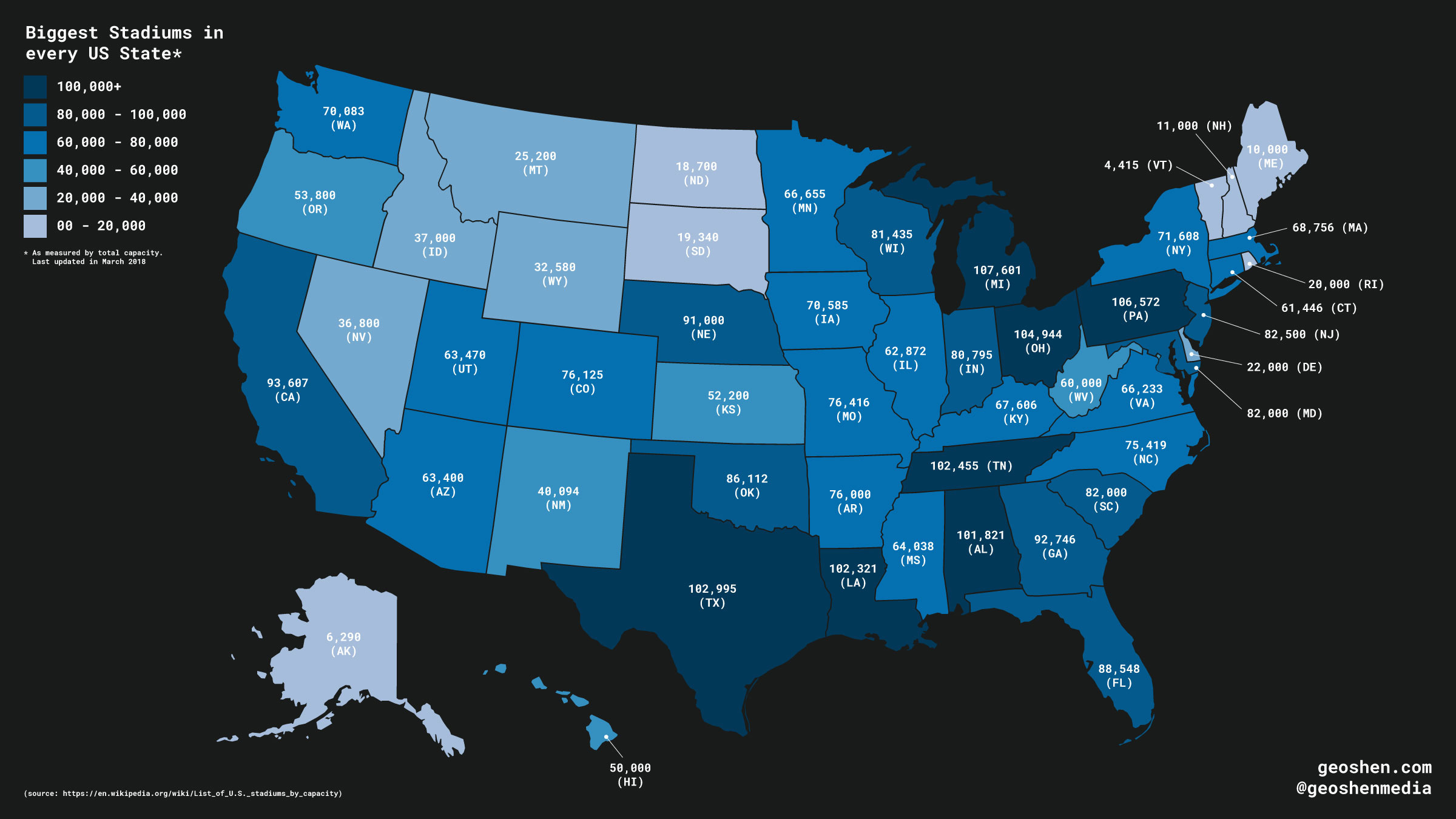 Biggest Stadiums in every US State

Source(s): https://en.wikipedia.org/wiki/List_of_U.S._stadiums_by_capacity
Enjoy our content? Consider adding us to your adblocker's whitelist or sponsor us at Patreon.

If Nebraska's largest stadium is completely filled, it'd be the third most populated city in the state. Only the cities of Omaha and Lincoln would have more people.

Vermont's biggest stadium has been in use since 1906. It only seats 4,415 people, but the stadium has worked well for Vermont for over a century.

But the oldest stadium in the US that is also a state's biggest is Memorial Field in New Hampshire. It first opened in 1893. Not only can it seat over 11,000 people, but it's managed to stick around for 3 different centuries. Here's to another one!

Texa's biggest stadium can seat over 100,000, and it's the only state that has another 100,000+ stadium. Things are definitely bigger in Texas.

As of 2018, nearly 80% of Green Bay's city population can fit inside its biggest stadium, Lambeau Field. Yet the primary tenant of Lambeau Field, the Green Bay Packers, has sold out its stadium for over 50 years. That's because many of the fans who show up for Packers home games come from outside the city of Green Bay.